Far beyond informing the temperature of the coolant on the dashboard, the temperature sensor provides PCM essential information to perform various engine operations. In general, it is located in the head, the hottest engine part. With its resistive tip in contact with the cooling fluid, the sensor reacts to changes in fluid temperature by varying its resistance, so the output voltage to PCM also varies. 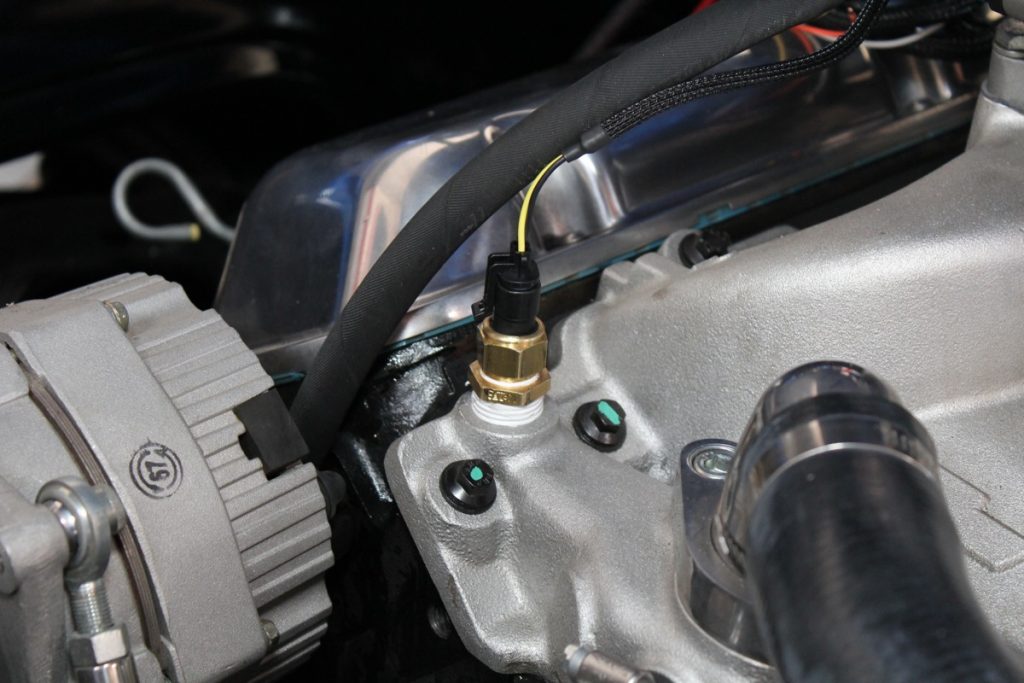 This circuit consists basically of two resistors connected in series, where one is housed inside the ECU and has fixed resistance value, the other is the sensor itself, which in this case is variable. Note that the temperature sensor is a thermistor. The circuit then is a voltage divider, in which the ECU will send a reference signal of 5volts.

When the cooling fluid cold the sensor, resistance increases, with the engine running, temperature rises considerably, soon the resistance of the sensor will decrease.

The lack of information from the temperature sensor does not prevent the engine from working, because the ECU, when it detects the lack of it, will use another mapping, establishing a value for the temperature.

Sometimes, faced with an unusual fault, we come to suspect that the system control module is the cause of the problem. With its discrete circuits and no proper technical information is imagined as a black box. With the high cost of these components and the high incidence of damages, the repair of Mercedes PCM modules has gained its space in the market.

There are several damages happen due to short circuits in the component or electric harness, leveraging the business of repair of these modules. Knowing a little more about the drivers of the electronic units is of great help in visualizing a possible failure or even performing a superficial test without having to open the module.